Having been taught the style of Muay Boran as a child from his father, Bak Sukhari used these skills to dominate the local Muay Thai scene in his local province in Thailand. With 30 fights from the age of 6 (7 professional adult fights), Bak has only 1 loss to an opponent 5kg heavier at a fight taken at 2 weeks notice.
Bak has now transitioned over to coaching, looking to pass on the ways of Muay Thai that were taught to him by his father. During his first 6 months of learning Muay Thai, Bak did not touch a single heavy bag or Thai pad. Instead, his father taught him to shadow and focus on technique, to ‘fight with the wind’.
Bak teaches his students in a similar fashion, perfecting technique and timing to fight skilfully in the ring. In the two years that Bak has arrived in Australia, he has led two amateur fighters to stunning debut victories with one of his fighters winning both of his first 2 fights (TKO + Unanimous decision).
As an instructor and personal trainer, Bak has taught a variety of people and classes. From children to adults, individuals to groups, those who train with Bak not only achieve their fitness goals and aspirations, but also build a strong bond that is long-lasting.
As a fight trainer, Bak recognises that each fighter needs different focus depending on their various strengths and weaknesses. Bak strives to bring out the best in all his fighters so that they may fight with beauty and grace in the ring. 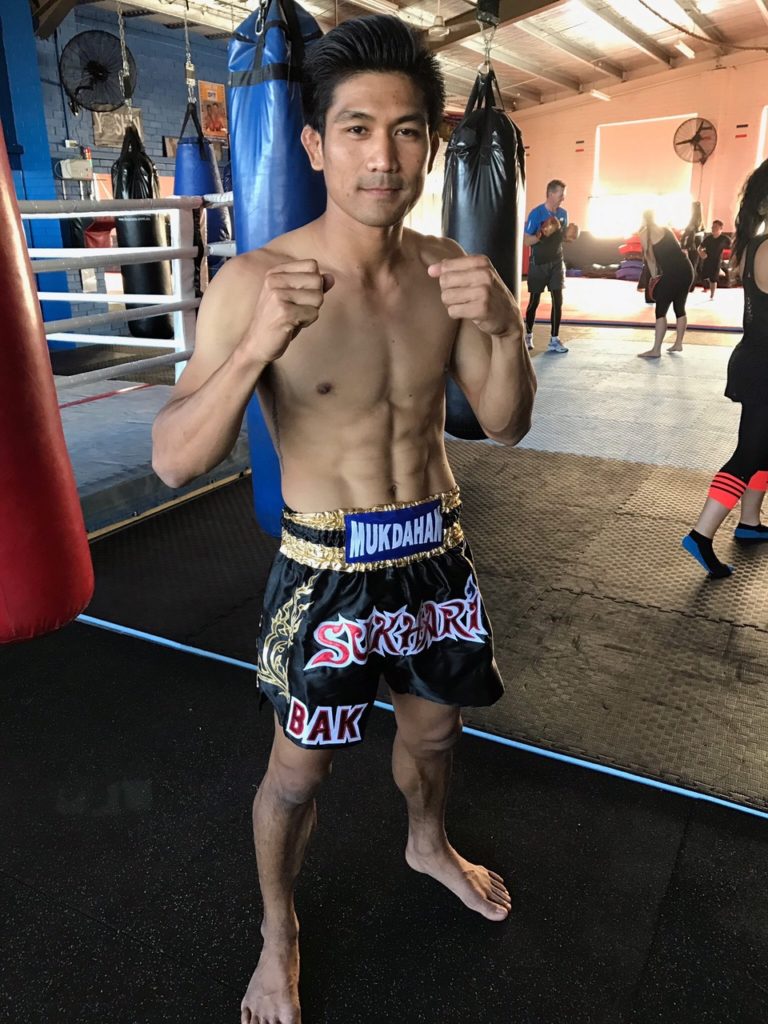